The much-anticipated new generation of the AMD EPYC processor family is here. At Thinkmate, we see these new processors as a fantastic step toward higher performance, higher cache, better performance per watt, and more.

As organizations build out their next generation of HPC, AI, and data center infrastructure, it is important to choose the optimal CPU platform for their use case. That is why this generation of AMD EPYC processors offers multiple distinct CPU platforms. 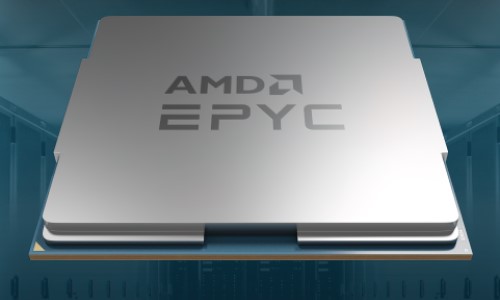 The standard AMD EPYC 9004 series ‘Genoa’ processors provide an 80% overall performance improvement over the previous generation of EPYC processors. These CPUs focus on per-core performance and are designed to support a broad range of use cases.

Thinkmate offers a wide variety of systems designed to maximize the value of AMD EPYC 9004 series processors. Our solutions are customizable and available in various form factors, GPU counts, and storage densities. Our team of experts are available to assist in system selection, or you can leverage our industry-leading configurator to build your perfect AMD EPYC-based solution.

Thinkmate RAX rackmount servers provide industry-leading performance, energy efficiency, scalability, value, and support. These servers are designed to perform well for a variety of workloads and workflows. RAX servers are available in many form factors. With the performance benefits of AMD EPYC 9004 series processors, RAX servers are the ideal solution for the most demanding professional computing, data center, and engineering workloads.

Thinkmate STX storage servers ranging from high-performance and high-density focused storage. These servers are built for enterprise level workloads and provide great IOPS/TB along with the reliability and availability to ensure your data is safe. AMD EPYC 9004-based storage servers improve data accessibility and performance.