Thinkmate's vSAN systems are ready to use out of the box and are the perfect solution for Enterprise Storage and SMB. 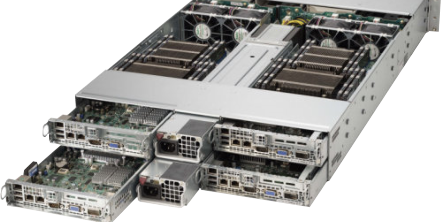 Radically simplify your storage infrastructure and Lower your TCO by up to 50%.

Simplify and streamline storage provisioning and management for vSphere environments. Use virtual machine-centric storage policies to provide finely granular control and automation of storage service levels. Self-tuning capabilities automatically rebuild and rebalance storage resources to align with the service levels assigned to each VM. Full integration with vSphere and the entire VMware stack delivers an efficient and cost-effective operational model.

You can now configure, price and buy your own Virtual SAN server right from the Thinkmate website using our configurator. 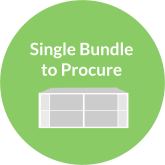 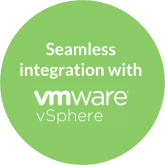 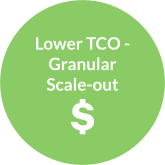 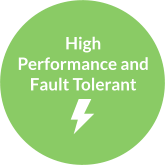 Can I add a host to a VSAN cluster which does not have local disks?
Yes a VSAN cluster can consist of hosts which are not contributing to VSAN storage. You will need to create a VSAN VMkernel and simply add it to the cluster. Note that you will need at a minimum 3 hosts which contribute storage to VSAN.
When creating my VSAN VM Storage Policy, when do I use “failures to tolerate” and when do I use “stripe width”?
Failures to tolerate is all about availability, this is what you define when your virtual machine will need to be available when a host or disk group has failed. So if you want to take 1 host failure in to account, you define the policy to 1. This will then create 2 data objects and 1 witness in your cluster. Stripe width is about performance (read performance when not in cache and write destaging). Setting it to two or higher will result in data being striped across multiple disks. When used in conjunction with “failures” to tolerate this could potentially result in data of a single VM stored on multiple disks on multiple hosts.
Is there a default storage policy for VSAN?
Yes there is a policy applied by default to all VMs on a VSAN datastore but you cannot see this policy within the vSphere UI. You can see that a default policy is defined to various classes using the following command: esxcli vsan policy getdefault. By default an N+1 failures to tolerate policy is applied so that even in the case where user forgets to create and set a policy objects are made resilient. It is not recommended to change the default policy.
How is data striped across multiple disks on a host when stripe width is set to 2?
When stripe width is set to 2 first of all there is no guarantee that the data is striped across disks within a host. VSAN has it’s own algorythm to determine where data should be placed and as such it could happen that although you have sufficient disks in all host your data is striped across multiple hosts instead of disks within a host. When data is striped this is done in chunks of 1MB.
What is the purpose of “disk groups” since VSAN will create one datastore anyway?
A disk group defines the SSD that is used for caching/buffering in front of a set of HDDs. Basically a disk groups is a way of mapping HDDs to an SSD. Each disk group will have 1 SSD and a maximum of 7 disks.
How many disks can a single host contribute to VSAN?

Are both SSD and PCIe Flash cards supported?
Yes both are supported but check the HCL for more details around this as there are guidelines and requirements
Is 10GbE a hard requirement for VSAN?
10GbE is not a hard requirement for VSAN. VSAN works perfectly fine in smaller environments, including labs, with 1GbE. Do note that 10GbE is a recommendation.
Why is it recommended for HA’s isolation response to be configured to “powered-off”?
When VSAN is enabled vSphere HA uses the VSAN VMkernel network for heartbeating. When a host does not receive any heartbeats, it is most likely that the host is also isolated/partitioned from a VSAN perspective from the rest of the cluster. In this state it is recommended to power-off the virtual machine as a new copy will be powered-on by HA on the remaining hosts in the cluster automatically. This way when the host comes out of isolation the situation where 2 VMs with the same identity are on the network does not occur.
Can I partition my SSD or disks so that I can use them for other (install ESXi / vFlash) purposes?
No you cannot partition your SSD or HDD(s). Virtual SAN will only, and always, claim entire disks. With VSAN it probably makes most sense to install ESXi on an internal USB/SD card, this to maximize the capacity for VSAN.
Does VSAN support deduplication or compression?
In the current version VSAN does not support deduplication or compression. The most expensive resource in your VSAN cluster is SSD/Flash, hence duplication of data is most relevant on that layer. While having multiple copies of your data results in two copies on HDDs, and two temporary copies in the distributed write buffer (30% of the SSDs), the distributed read cache portion of the Flash (70%) will only contain a single copy of any cached data.
Can VSAN leverage SAN/NAS datastores?
VSAN currently does not support the use of SAN/NAS datastores. Disks will need to be “local” and directly passed to the host.
Does VSAN use iSCSI or NFS to connect hosts to the datastore?
VSAN does not use either of these two to connect hosts to a datastore. It uses a proprietary mechanism.
What is the impact of maintenance mode in a VSAN enabled cluster?
here are three ways of placing a host which is providing storage to your VSAN datastore in maintenance mode:

1) Full Data Migration – All data residing on the host will be migrated. Impact: Could take a long time to complete.

2) Ensure accessibility – VSAN ensures that all VMs will remain accessible by migrating the required data to other hosts. Impact: Potentially availability policies are violated.

3) No Data Migration – No data will be migrated. Impact: Depending on the “failures to tolerate” policy defined some VMs might become unusable.

The safest option is option 1, with option 2 being the preferred and default as it is the fastest to complete. I guess the question is why you are placing the host in maintenance mode and how fast it will become available again. Option 3 is a fall back, in caseyou really need to get into maintenance mode fast and don’t care about potential data loss.
Are there any features of vSphere which aren’t supported/compatible with VSAN?
Currently vSphere Distributed Power Management, Storage DRS and Storage IO Control are not supported with VSAN.
How do I add a Virtual SAN / VSAN license?
VSAN licenses are applied on a cluster level. Open the Webclient click on your VSAN enabled cluster, click the “Manage” tab followed by “Settings”. Under “Configuration” click “Virtual SAN Licensing” and then click “Assign License Key”.
How will Virtual SAN be priced / licensed?
VSAN is licensed per socket, the price is $ 2495 per socket or $ 50,- per VDI user. Note that the license includes the Distributed Switch and VM Storage Policies, even when using a vSphere license lower than Enterprise Plus!
If a host has failed and as such data is lost and all VMs were protected N+1, how long will it take before VSAN starts rebuilding the lost data?
VSAN will identify which objects are out of compliance (those which had N+1 and were stored on that host) and starts a time-out period of 60 minutes. It has a time-out period to avoid an unnecessary and costly full sync of data. If the host returns within those 60 minutes then the differences will copied to that host. When a VM has multiple mirrors it doesn’t notice the failure, this 60 minute period is all about going back to full policy compliance, i.e. being able to satisfy additional failures may they occur.
When a virtual machines moves around in a cluster will its objects follow to keep IO local?
No, objects (virtual disks for instance) do not follow the virtual machine. Just imagine what the cost/overhead of moving virtual disks between hosts would be each time DRS suggests a migration. Instead IO can be done remotely. Meaning that although your virtual machine might run on host-1 from a CPU/Mem perspective, its virtual disks could be physically located on host-2 and host-3.
Does VSAN support Fault Tolerance aka FT?
No, VSAN does not support Fault Tolerance in this release.