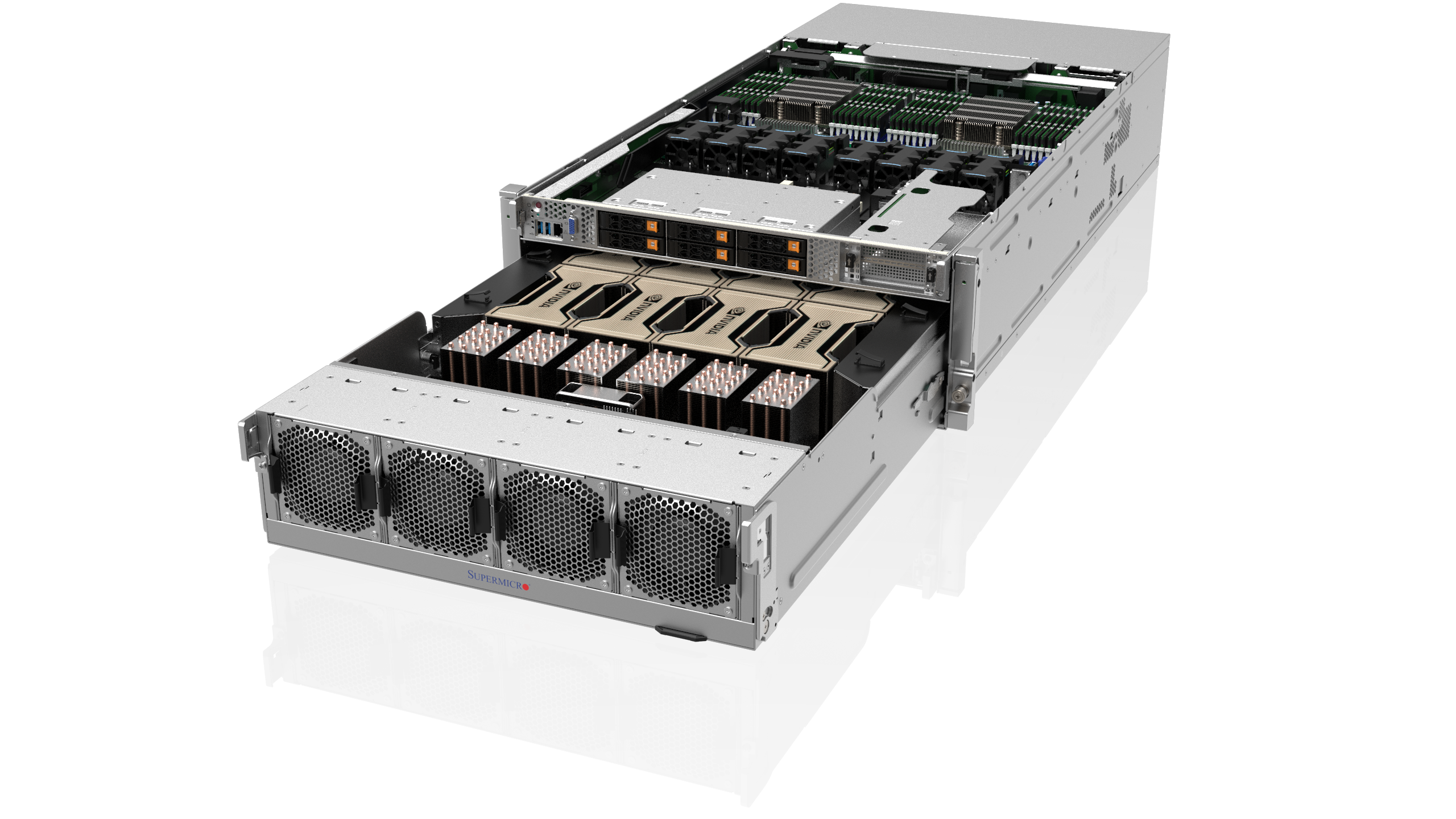 Our platform offers the performance of leading GPU accelerated server appliances without the high total cost of ownership (TCO) of thousands of servers or the locked-in design or vendor commitment of the NVIDIA® DGX A100. If you are looking to improve performance for highly parallel workload like the following, consider benchmarking your workload on an NVIDIA A100 powered GPX system and seeing what they can do for you.

These systems pair NVIDIA A100 GPUs with AMD EPYC CPUs –the world’s highest-performing x86 server CPUi --to minimize bottlenecks between the compute and the acceleration.

The result is faster time to insight and improved ROI. In fact, this pairing provides the world’s fastest memory bandwidth (over 2 TB/s) to run the largest models and datasetsii

Register for a Workload Benchmarking Session

Each system is pre-loaded with key AI and ML software tools such as:

GridList
Displaying 3 of 3 systems
2U