Official launch details on the single CPU version of Broadwell-EP 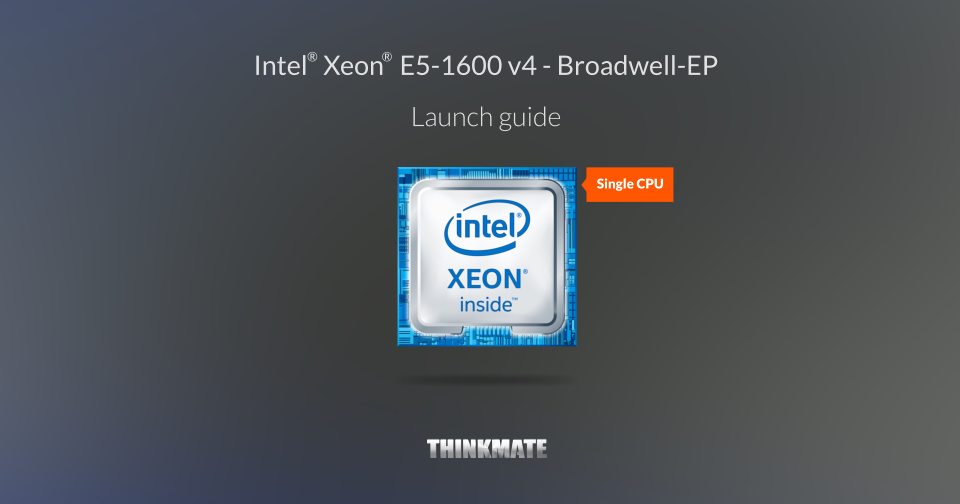 The Intel Xeon E5-1600 v4 is the single CPU version of Intel's Broadwell-EP, the E5-2600 v4, which we have covered here at Inside Thinkmate during launch back in March. While most of the specs are similar, there are a few differences, which we'll talk about here, as well as a comparison against the older version of this single processor release - The E5-1600 v3.

For this article, we'll focus on the server side of things, but the information should also be helpful if you plan on building a workstation with Broadwell-EP inside.

The Intel Xeon E5-1600 v4 processor was released on June 7, 2016. This launch comes a few months after the general availabily of the multi processor version, the E5-2600 v4, which was launched on March 31. There are 5 different processor SKUs available, with specs ranging from 4 cores @ 3.50GHz and 10M cache to 8 cores @ 3.40GHz and 20M cache. Higher clocks of up to 3.70GHz are found in the 4-core version for the right balance of performance and efficiency.

A follow-on to Haswell-EP, Broadwell-EP features a new 14nm process technology that has enabled Intel to produce a more efficient processor. Broadwell-EP processors will be the last to arrive as Intel phases out their platform and move to the new Purley Platform for Skylake and Cannonlake processors. 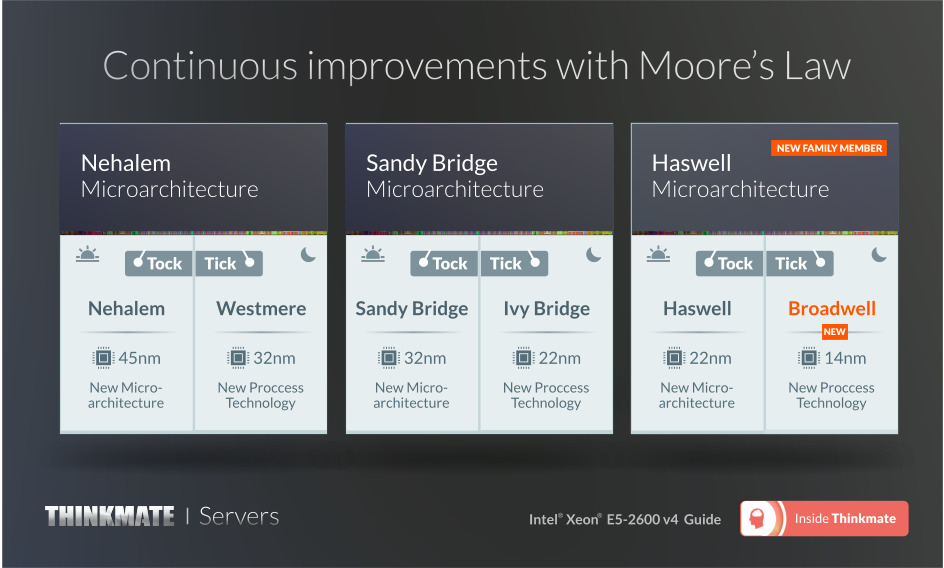 Last generations's Haswell-EP offered some serious processing power with up to 8 cores and 16 threads. Unlike the multi processor version, Intel has kept the core count unchanged with the single processor version of Broadwell-EP. However, with a node shrink and improved architecture, Intel has managed to increase performance while keeping its Thermal Design Power intact at 140W.

Below you can see the table listing all official SKUs stacks for the single CPU version of Broadwell-EP. Many articles online list tables that come from leaks, which more often than not turn out to be innacurate. These are official numbers Intel has provided to us:

The SKU list is varied, With CPU cores ranging from 4 all the way up to the aforementioned 8. There is 2.5MB of L3 cache included in each core, which adds up to a range of 10-20mb of total cache - same as the v3 version. Clocks range from 3.40Ghz to 3.70Ghz.

As you can see in the image below (and throughout this article), the biggest changes in Broadwell-EP for the single CPU version are efficiency and performance improvements. Intel says that on average, customers should expect a 19% performance increase over the previous generation.

When comparing numbers from v4 vs. v3, it's easy to think that there aren't that many significant changes. However, Intel has done work on areas critical to the enterprise, that can't be compared on numbers alone. There has been a significant improvement in resource monitoring and allocation capabilities targeted towards software-defined environments, beneficial for data centers and virtualization deployments. Intel has also made several improvements in regards to orchestration capablities, data prioritization and cache monitoring designed to improve service quality and utilization.

Many of our customers in this space pay close attention to these seemingly small changes that can have a big effect on their deployments. If you're interested in learning about these specific improvements, Intel has provided us with this document that you can download here. 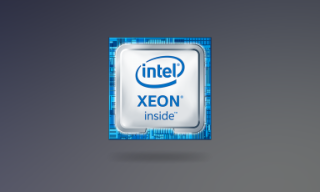 Based on a new 14nm process, The Xeon E5-1600 v4 (Codename Broadwell-EP) is a (single) socket-compatible replacement for the E5-1600 v3 (Haswell). Its most notable change from its previous generation is a process node shrink which makes it more efficient. 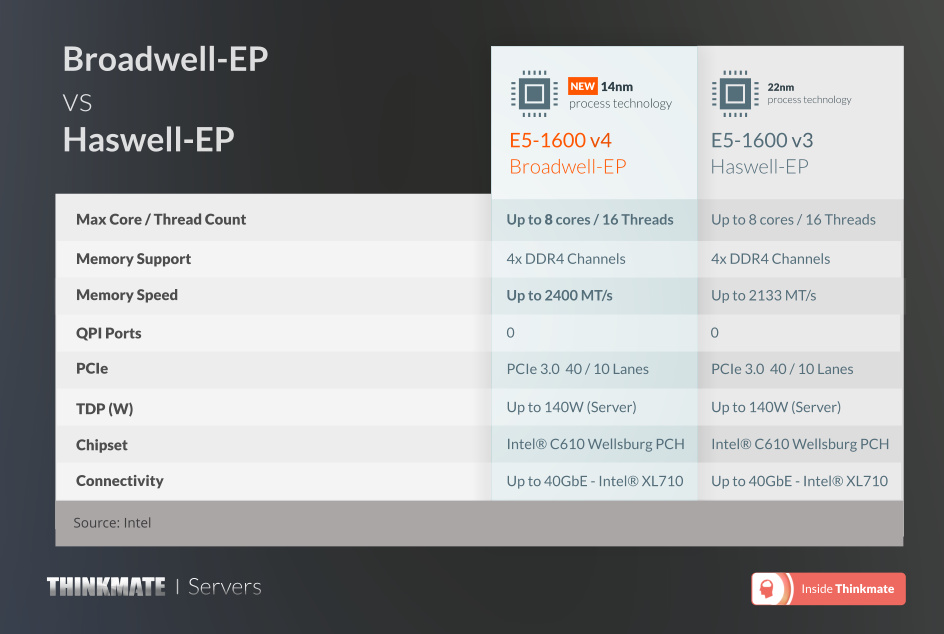 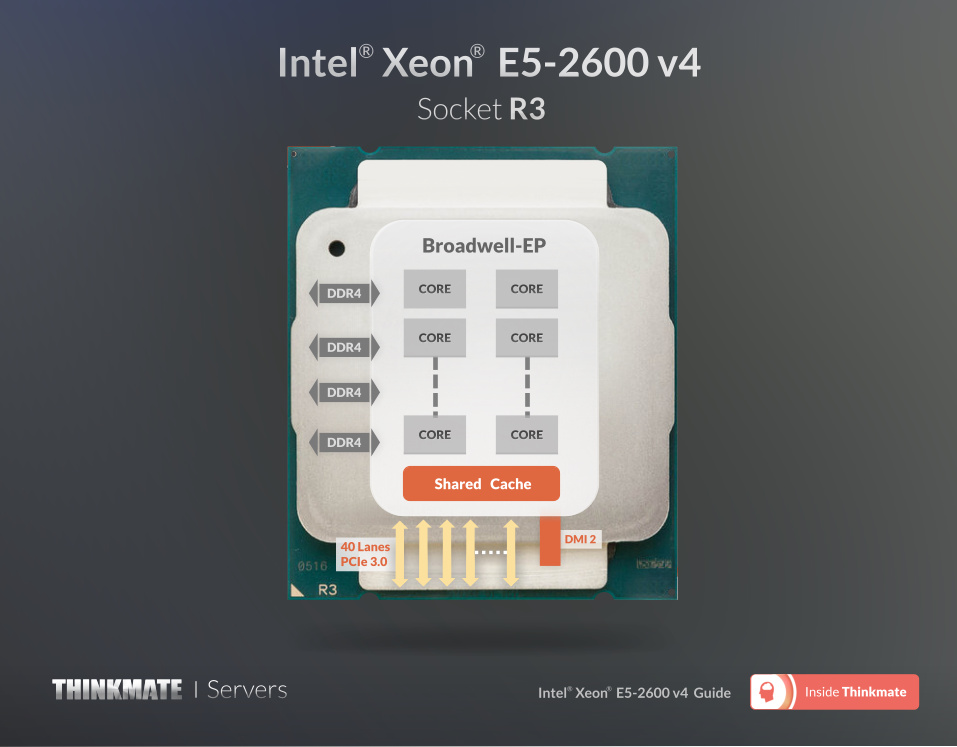 Broadwell-EP is compatible with the existing R3 socket on the Grantley platform. This has been a common question from our customers - As mentioned earlier, many of our customers see improvements that are significant enough to justify an upgrade from the last refresh, so this should be good news for those who plan to upgrade. It’s important to note, however, that support may still require BIOS and firmware updates, so you should still check with your vendor (or Thinkmate rep) to be sure.

On the memory front, Broadwell-EP includes support for up to 2400 MT/s with DDR4 for greater I/O throughput. According to Intel, Broadwell-EP brings about a 15% increase in bandwidth.

We are happy to announce that we are the first in the industry to ship Thinkmate-branded Servers and Workstations featuring Broadwell-EP processors, as well as Supermicro-branded servers and workstations from our Supermicro Store. Explore below: